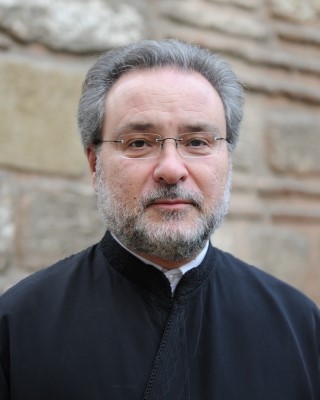 Rev. Dr. John Chryssavgis is an author and theologian serving as Archdeacon of the Ecumenical Patriarchate and theological advisor to the Ecumenical Patriarch. He is a clergyman of the Greek Orthodox Archdiocese of America. Born in Australia, he graduated from Athens University and Oxford University. His publications focus on medieval theology, as well as on the history of the Eastern Church. His interests embrace the areas of spirituality and ecology. He co-founded St Andrew’s Theological College in Sydney, where he also taught at the University of Sydney. In 1995, he was appointed Professor of Theology at Holy Cross School of Theology and directed the Religious Studies Program at Hellenic College. He has also taught at the University of Balamand in Lebanon. He has published over thirty books and numerous articles in several languages. He lives in Maine. 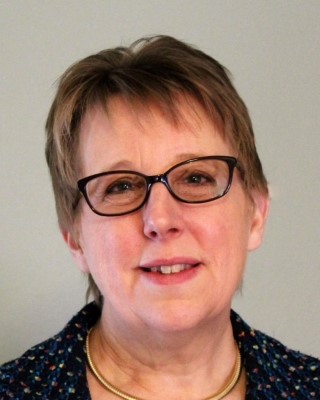 Helen Osman has worked in communications for faith-based organizations since 1984, shortly after she moved to Central Texas with her husband, John. They have recently returned to Austin, after an eight-year hiatus in Washington, DC, where she coordinated communications for the US Catholic bishops and was the Vatican’s US media coordinator for the visits to the United States of Pope Benedict XVI in 2008 and Pope Francis in 2015. She has served as president, secretary and a board member of the Catholic Press Association of the United States and Canada, and received its highest honor for personal achievement in 2012. She has also served as a board member for several nonprofits, ranging from local community service centers to international entities that support faith-based communication scholarships. Today she provides communications support for international, national and local entities, including the Orthodox Churches gathering for their historic Holy and Great Council. 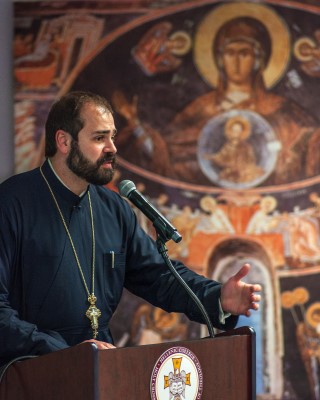 The Very Reverend Archimandrite Nathanael Symeonides is the director of the Department of Inter-Orthodox, Ecumenical, and Interfaith Relations of the Greek Orthodox Archdiocese of America. He was born in Thessaloniki, Greece (1978). He graduated from Hellenic College (2000, BA) and earned an MDiv from Holy Cross Greek Orthodox School of Theology (2003). He holds an STM in Christian Ethics (2003) and a ThD in Bioethics (2006) from Boston University. He has completed post-doctoral studies in public health and human rights at Columbia University Mailman School of Public Health. He has authored articles in Orthodox theology and bioethics, and recently convened a colloquium entitled, Orthodoxy and Humanitarianism: Ideas and Action in the Contemporary World. Archimandrite Nathanael is a brother of the historic monastic community of St. George (Epanosifis) in Crete, Greece. 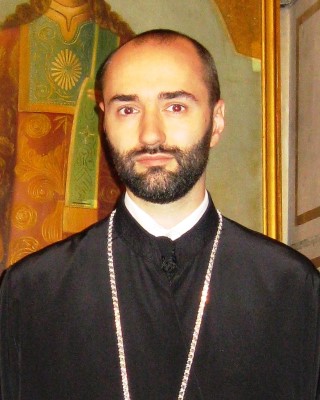 Rev. Nicolas Kazarian (Ph.D. in Political Geography, University of Paris 1 Panthéon-Sorbonne) is a research associate at the French Institute for International and Strategic Relations (IRIS) where he studies the relationship between the religions and geopolitics. He is also a lecturer at the Saint-Serge Institute and teaches at the Catholic University in Paris. He is Archpriest of the Ecumenical Patriarchate (Greek Orthodox Church in France). His recent monograph is entitled Chypre: Géopolitique et minorités (l’Harmattan, 2012). 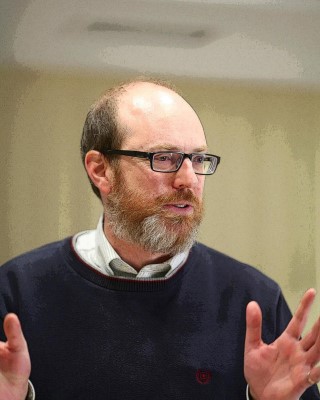 Dr. Brandon Gallaher (D.Phil. in Theology, University of Oxford) is Lecturer of Systematic and Comparative Theology at the University of Exeter (Devon, UK) and was formerly a postdoctoral and research fellow at the University of Oxford, the University of Notre Dame (IN, USA) and Doshisha University (Kyoto, Japan). His monograph Freedom and Necessity in Modern Trinitarian Theology (looking at Sergii Bulgakov, Karl Barth and Hans Urs von Balthasar) will be published by Oxford University Press in the autumn of 2016 and he is currently completing (with Paul Ladouceur) a Georges Florovsky reader, The Patristic Witness of Georges Florovsky: Essential Theological Writings (T & T Clark, forthcoming late 2016). He is an ordained subdeacon and member of the Exeter, UK parish of the Ecumenical Patriarchate's Archdiocese of Russian Churches in Western Europe (the 'Exarchate' based in Paris). 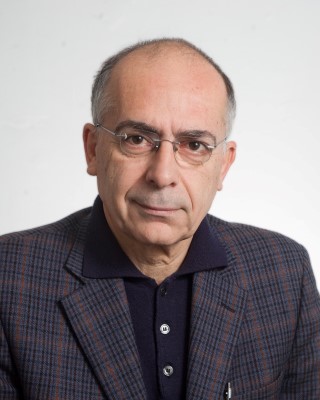 Nicholas Tzoitis, a trained physicist and scholar, holds two Masters Degree in Physics and in Philosophy from the University of Rome, La Sapienza. Along with being a prolific writer in the area of science and philosophy, Tzoitis has extensive experience in communications and diplomacy. In 1995, Tzoitis began his service at the Embassy of Greece in Rome, and from 2005-2009 served as a member of the Greek Consulate in Istanbul. Among other major projects, Tzoitis was an integral member of Pope Benedict XVI’s official visit to the Ecumenical Patriarchate in 2006. From this time, Tzoitis has enhanced the communications between the Orthodox and Catholic Churches through his cooperation with the Catholic Mass Media Channels, especially Asianews.it, La città nova, RAI, and others. He speaks Greek, English, Turkish, and Italian. 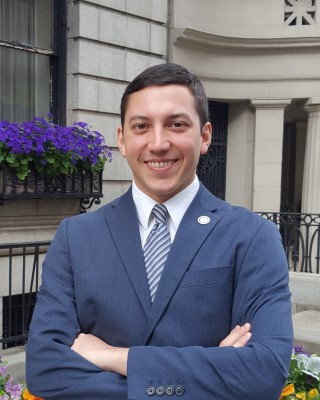 A Chicago native, Nicholas Anton has earned a BA from Hellenic College, a M.Div. from Holy Cross Greek Orthodox School of Theology, and a MA in Pastoral Ministry (Conflict Transformation) from Boston College STM. He represents the Greek Orthodox Archdiocese of America on the board of Creation Justice Ministries, on the Secretariat of the Assembly of Bishops USA, and as a delegate to the National Council of Churches and Church World Service. He is an elected member of the CORE Group of the NGO Committee to Stop Trafficking in Persons at the United Nations. While serving the Ecumenical Patriarchate, Nicholas realized the need for cross-sector collaboration towards the end goal of a peaceful and sustainable world. Inspired by Ecumenical Patriarch Bartholomew’s ability to bridge the aforementioned demographics, he has dedicated his life to faith-based diplomacy and advocacy. 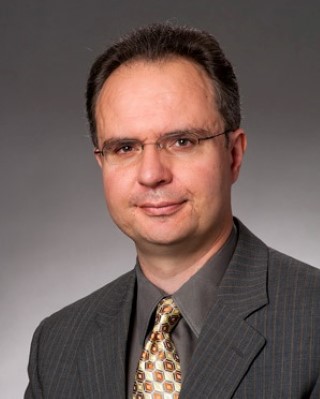 A Ukrainian-American Orthodox theologian, Paul Gavrilyuk holds the Endowed Aquinas Chair in Theology and Philosophy at the University of St. Thomas, St. Paul, Minnesota. He specializes in patristic theology and twentieth-century Russian religious thought. Published in ten languages, his works include The Suffering of the Impassible God: The Dialectics of Patristic Thought (Oxford, 2004), Georges Florovsky and the Russian Religious Renaissance (Oxford, 2014), and Histoire du catéchuménat dans l’Église ancienne [A History of the Catechumenate in the Early Church] (Cerf, 2007). He is advisor to Oxford University Press, Cambridge University Press, Fordham University Press, University of Notre Dame Press, and other academic publishers. He is a Member of the Editorial Board of the Shapers of Modern Theology Series of the Fortress Press. He serves on the Board of Directors of the Pappas Patristic Institute of the Holy Cross Greek Orthodox School of Theology in Brookline, Massachusetts. 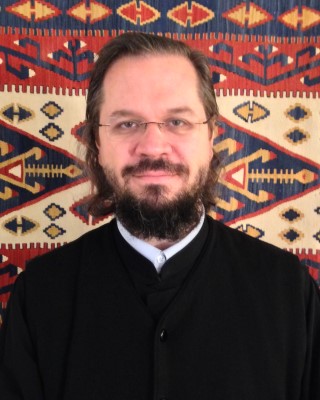 Archpriest Alexander Rentel is the Assistant Professor of Canon Law and Byzantine Studies at St. Vladimir’s Orthodox Theological Seminary, Crestwood, New York, and Adjunct Assistant Professor of Canon Law at Holy Cross Greek Orthodox School of Theology, Brookline, Massachusetts. He graduated from St. Vladimir’s Seminary and studied at the Pontifical Oriental Institute in Rome, Italy, completing his doctoral dissertation on the history of Byzantine liturgy.  He was a 2000-2001 Junior Fellow in Byzantine Studies at Dumbarton Oaks in Washington, D.C. He has served as an advisor on canonical matters to different Orthodox Churches and has served as an expert witness on canonical issues in court cases in the United States and Australia. He has written numerous articles on topics in Church history, the Eastern Orthodox liturgy, and the canonical tradition.